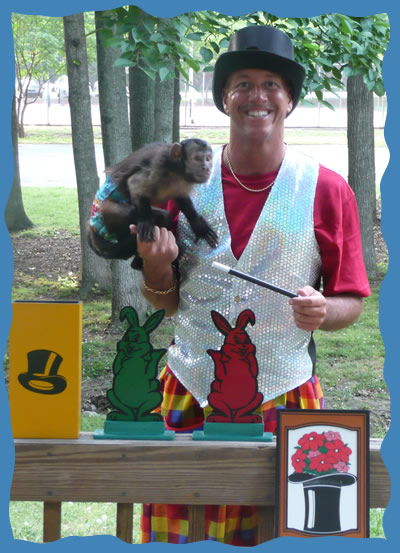 M. Potts – Cornelius, NC – “Magic By David preformed for my son’s 4th birthday. David was funny and very amazing. I would highly recommend him.”

A. Safraneck – Indian Land, SC – “David the Magician was fantastic. He made doves appear from nowhere. I can not figure out how he did a single trick.”

D. Finkle – Charlotte, NC – “My daughter wanted a magician for her 8th birthday. We hired Magic By David and he was worth every penny! All the kids laughed and thought he was silly and entertaining. I will tell all my friends to hire you for their party.”

J. Block – YM-YWHA – “David worked with over 600 campers and he was excellent. The Staff was also very impressed.”

M. Hanna – PTA President – “This thank you is long over due. Our 20th anniversary celebration was terrific because of you. You entertained the children and the adults as well. Thanks for making our celebration so special.”

T. Andrews – Knightdale, NC – “Magic By David is the best. All the kids were amazed by his show. We videotaped the show and watched it later and still can’t figure out the rabbit trick. I’ll tell you he is so good he should be on T.V.”

Magic by David has been performing for over 10 years. He has done hundreds and hundreds of shows. He does magic full time. He has performed at these fine venues and many more: